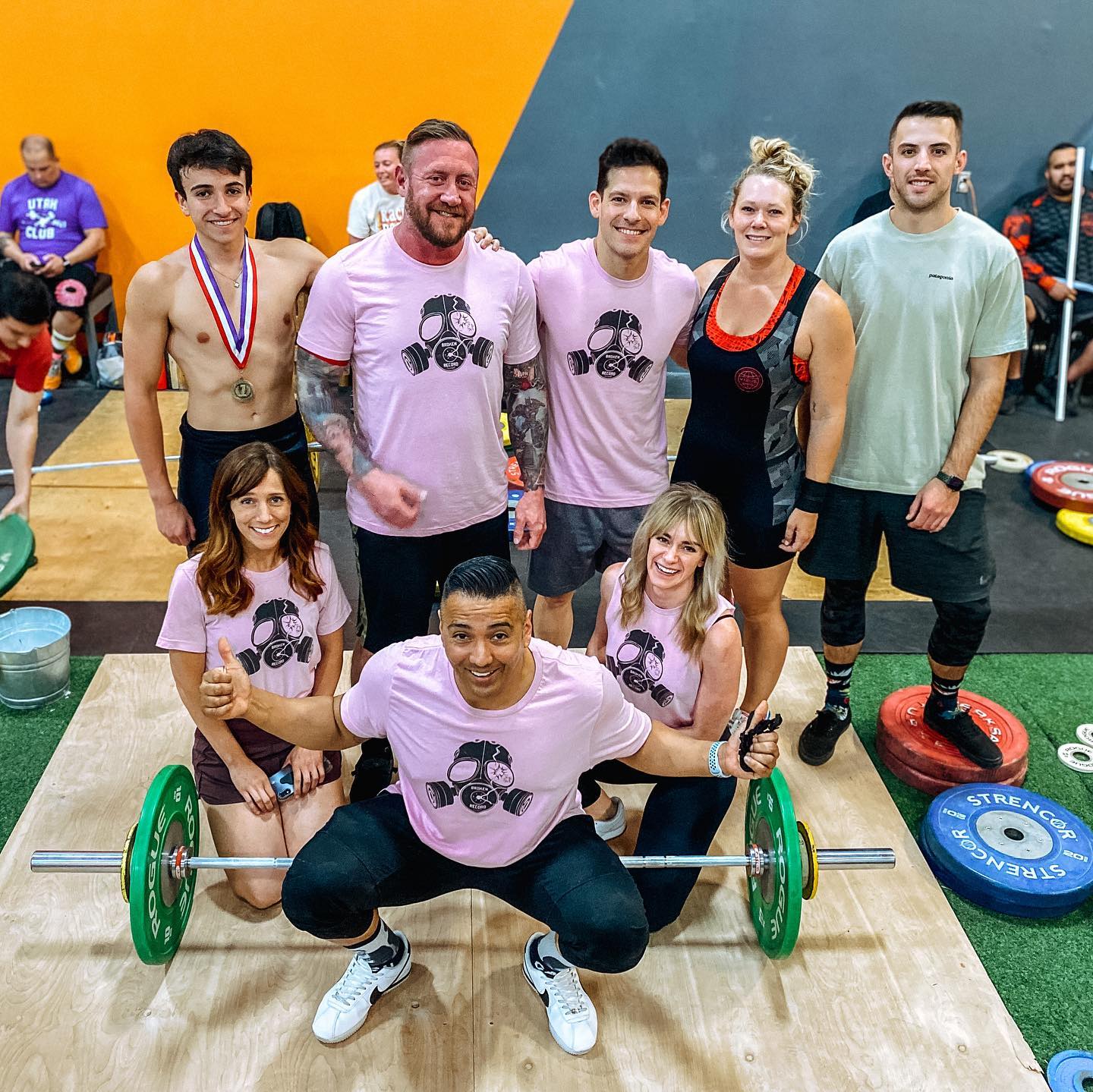 Dexabody Team Side Hustle
I want to check in and update all competitors on what's up for grabs for this team event winners! Coaches JoAnn, Zach and myself have been figuring out how we are going to celebrate the winning team and have come up with the following winning prizes:
Every person on the winning team will receive:
1. Foam roller + muscle stick
2. 2pood Lifting Belt (We will collect all sizes from everyone so we can order the winning belts prior to presentation. Go here to look at the sizing chart and give that size to your team leader)
3. Special Champion t-shirt! (Also give your shirt size to your team leader in case your team wins)

Keep on track! We are one month down and have 2 to go! Good luck!

‍I want to congratulate our own Mandy Turner! Over the weekend she competed in the Mrs. Utah Pageant. During this whole process I have seen her grow as a person and not only that, she has been on a mission to raise money for the teens in our communities who suffer with thoughts of suicide and depression. She worked hard on not only her fitness and body but also her mind. The growth I saw in Mandy over these last few months has been inspiring and helped me realize that no matter at what stage of life we are in, it's never too late to improve and become better.
Thank you for allowing Point Fitness to be part of your journey Mandy!

Our Barbell club showed up big down in Saint George this past weekend and I asked Coach Chad to give me a run down on how the weekend went for our team. I want to congratulate all of them on their hard work and their performance over the weekend. I can't wait to see all of the awesome videos of you lifting.

Coach Chad:
"Our resident barbell club had a long 12hr day at Zion barbell in St. George on Saturday. There were four 2hr sessions throughout the day and we had at least one lifter in each. But in the end it was all worth it. Worth the grueling 11 week cycle. Worth the hardest most dedicated last 4 weeks of the cycle. During the last 2 weeks where 70-80% lifts feel like total max effort and absolute garbage, still worth it. Even worth skipping most if not all of CrossFit for the last two weeks. Our lifters received lots of notice and compliments on their technique and everyone hit big numbers.

We had 6 lifters and at least 7 other supporters who came down with us. They called us out on our pink shirts but they all knew where we came from so it worked! I couldn’t be more proud with the results, sportsmanship and the effort put in by our members.

So who wants to get in on this next cycle starting this week or next???

Stay tuned for videos of each lifter!"

This picture was taken 6 or so years ago. The reason I post this is because I want you to know my state of mind at this time. I look back now and say, "dang, I looked pretty darn good." but at that moment... That is not what I was telling myself. I distinctly remember thinking I was slipping here and that I needed to get more cut. I remember even saying that I was fat. I KNOW! Crazy but this was my self talk.
The reason I bring this up is because we are our worst critics. We tell ourselves things in our mind that we would never even think about saying about someone else. I often hear from my athletes similar negative assertions such as, "I am so fat." "I have really let myself go." "I'll never be as fit as so and so..." "I don't even know why I try" and on and on and on.
It's ok to have goals and to not settle but it's also important to be positive with yourself. It's important to not allow yourself to have negative personal thoughts that derail your progress. We are always going to be a work in progress. We are going to go through valleys and hills. I want to challenge yourself to be your own biggest fan. Remove the negative thoughts and thrive on the positive.
As we continue with this next 2 month dexabody team challenge, whether you are officially signed up or doing it on your own, set your goals but be ok with setbacks and get back to the plan. Encourage yourself and encourage your box mates. Don't let negative thoughts derail your progress.